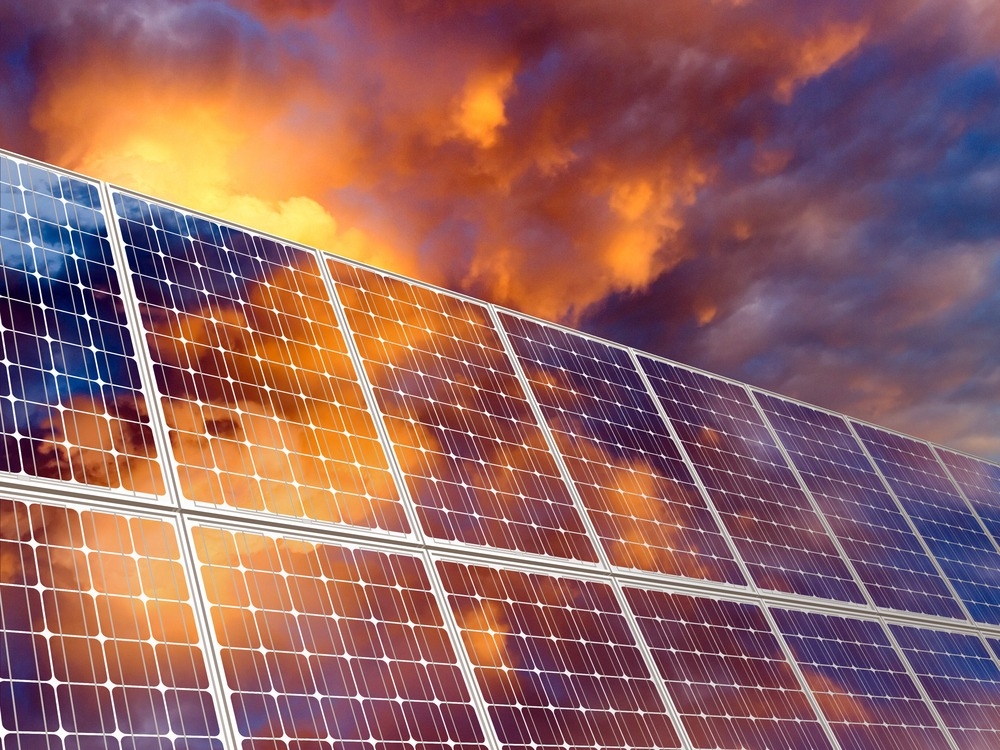 Contrary to popular belief, clouds do not block solar panels from the sun. In fact, clouds can magnify the solar radiation received by panels and increase energy output! We are going to take a look at how the diffusion of sunlight through the clouds can lead to higher energy production. Did you know the amount of solar energy that hits the earth in an hour and a half, if all captured and transformed into energy, could power the total energy consumption on the planet for a year? While our technologies don’t span across the entire globe and cannot take in all of this solar radiation, it is still pretty incredible. Let's look at how our solar arrays in place can absorb sunlight even on a cloudy day.

As clouds form and hang in the sky, they impact solar radiation. The type of cloud as well as where they lie in the atmosphere impacts how much solar radiation is allowed through as well as reflected back at the earth's surface.

High Clouds
These are more beneficial for solar energy production. Characterized as cooler and higher in the air column, high clouds reflect less solar radiation, however, also trap solar heat near the earth's surface. This type of cloud is beneficial for solar energy production however, they also play a role in the warming of our planet. Though they are much thinner than low clouds, due to the temperature and how water freezes in cloud form they act as an insulator for our planet.

Low Clouds
In contrast, low clouds decrease solar production. They rest lower in the air column and reflect more solar radiation back towards space. Low clouds have little impact on the thermal energy emitted to the earth’s surface due to similarity in temperature of the clouds.

Curious as to how much solar radiation will reach your panels or targeted area? Consult the National Solar Radiation Database (NSRDB) for radiation data from years past and current. This tool can illustrate where solar energy might be beneficial for you, your home, and/or business. Thanks to Geostationary Operational Environmental Satellites or GOES, we are able to track cloud cover over our globe. Here in the US GOES-16 and -17 are what we primarily look at to track clouds over the Western portion of our country. Providing short term predictions of cloud cover and shadows which travel over solar arrays, we can get an understanding of how much an array will produce.

This has been a brief look at clouds and their impact on solar energy. If you would like to set up an array on your property or business we here at LuxRay Solar are here to help. Reach out to us today for a consultation and to get on your way to cleaner energy.